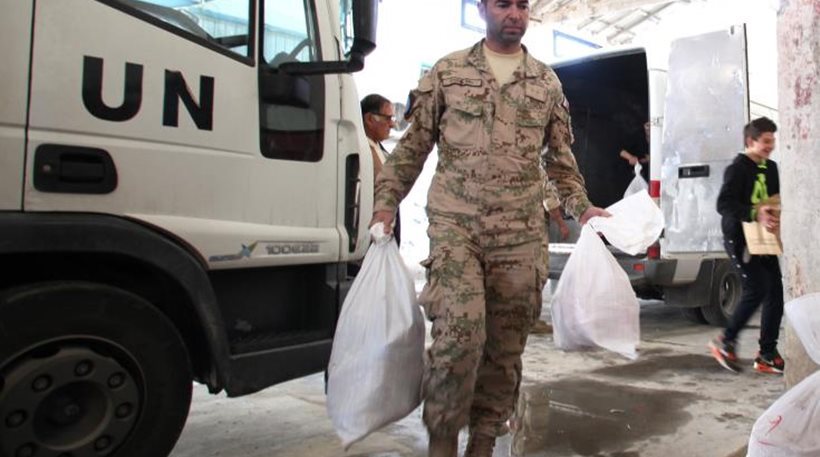 During the last few days we have been witnesses to a hideous act of unprecedented audacity by the Turkish occupying forces in Cyprus. Specifically, Turkey denied access to the occupied areas for trucks carrying food, medical and other supplies destined for Greek Cypriots living in the enclaves, demanding that the Republic of Cyprus pays taxes for the goods. It is important to note that the Republic has been providing our compatriots with essentials for many years now, in the form of humanitarian aid. These goods come from the state’s inventories and they are distributed for free, none of them is for sale.

This issue is not only political – since it unveils that the true intention of Ankara is the partition of Cyprus and the establishment of two states, instead of re-unifying the island and its people, Greek Cypriots and Turkish Cypriots – but largely humanitarian. Vulnerable population groups such as the children and the elderly have been left for days without bread, milk and other essentials. Especially babies, they are in urgent need of diapers and powder milk and mothers are begging for help since they cannot afford them. Fortunately, after negotiations and pressure, the occupying authorities have accepted the shipment of medicines and of other medical supplies, but everything else is still blocked.

As EDEK Youth we condemn Turkey’s fascist and racist actions. Ankara’s only aim is to take advantage of human pain and suffering and utilize it as a means of applying pressure on the Republic of Cyprus to recognize indirectly their illegal “state”.  Such acts are outrageous and unacceptable in the 21st century, and especially against a full member state of the European Union that respects and applies international law and all UN resolutions.

We are pleading with all our comrades in Europe and around the world, please show your solidarity to the Republic of Cyprus. We are asking for your support both as fellow-comrades as well as fellow-citizens of the big family of the European Union.

You can find out more about which cookies we are using or switch them off in settings.

This website uses cookies so that we can provide you with the best user experience possible. Cookie information is stored in your browser and performs functions such as recognising you when you return to our website and helping our team to understand which sections of the website you find most interesting and useful.

Strictly Necessary Cookie should be enabled at all times so that we can save your preferences for cookie settings.

If you disable this cookie, we will not be able to save your preferences. This means that every time you visit this website you will need to enable or disable cookies again.